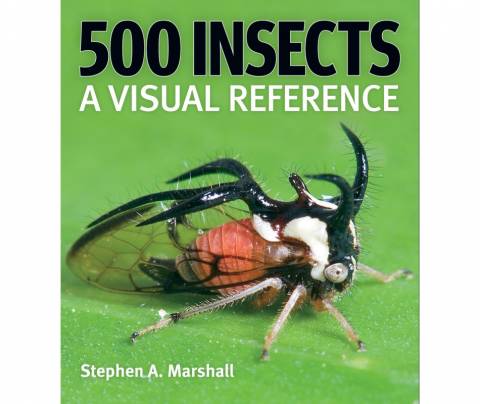 A selection of 500 of the most interesting and representative insects from N and S America, the Caribbean, Australia and New Zealand, each illustrated by a photograph in their natural habitat and captioned with informative factfiles.

Fascinating insects from around the world, including some newly discovered species.

From the Introduction "Insect diversity, especially the almost untapped diversity of little-studied insects, should be seen as a rich ore... to be mined for generations to come." Insects account for more than half of the approximately 1.7 million named species of all living things. The number of insect species yet undiscovered runs into many further millions.

Stephen Marshall has selected 500 of the most interesting insects from his travels to North and South America, the Caribbean, Australia, New Zealand and beyond. Beautiful photographs show the insects in their natural habitats, and informative "factfiles" provide further details about the lives of these fascinating creatures. Some of the insects are new species, photographed here for the first time.

In addition to the entries for each of the species, there is an introduction on insect biology, classification and distribution, along with information on collecting and photographing insects.