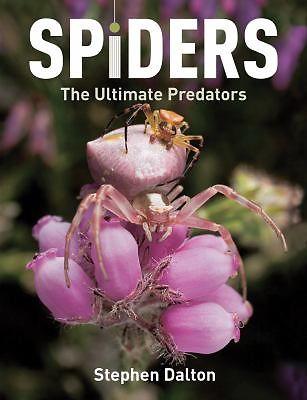 Stephen Dalton provides fascinating information on the astonishing array of techniques spiders use for catching their prey: trapping in webs, lassoing, jumping, stealing, chasing, ambushing, spitting, fishing, masquerading as other animals and even attracting prey by mimicking the prey's pheromones.

Although spiders have an image problem, many of these intriguing creatures are actually not at all creepy. The jumping spiders, by far the most numerous single group, have, some might say, an almost cuddly appearance.

There is also a guide to photographing spiders.

Sure to be a hit with nature buffs and general readers, Spiders: The Ultimate Predators documents some spider behavior never recorded previously